Home News 17 years after 9/11, Vancouver-Born Chocolatier Rebuilds his Life in BC 17 years after 9/11, Vancouver-Born Chocolatier Rebuilds his Life in BC 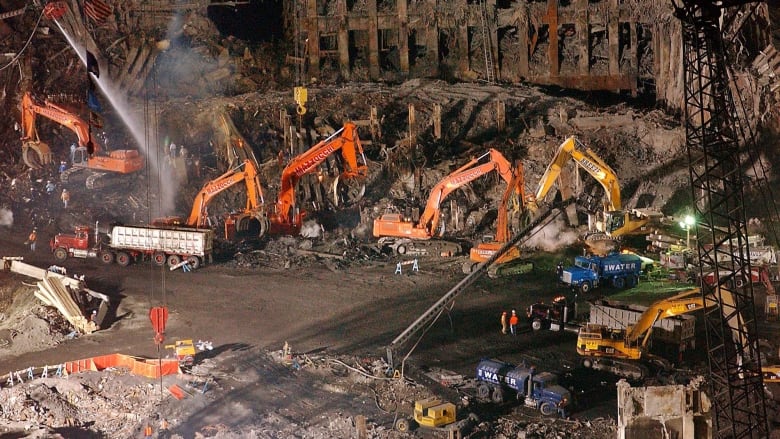 Workers and heavy machinery continue the cleanup and recovery effort in front of the remaining facade of 1 World Trade Center in New York in Nov. 2001. (Stephen Chernin/AP)

For John Down, recovering after the terror attacks on Sept. 11 2001 has been a 17-year process.

Down was a chocolatier who was working at his Manhattan shop about five blocks south of the World Trade Center, when the planes impacted the Twin Towers. 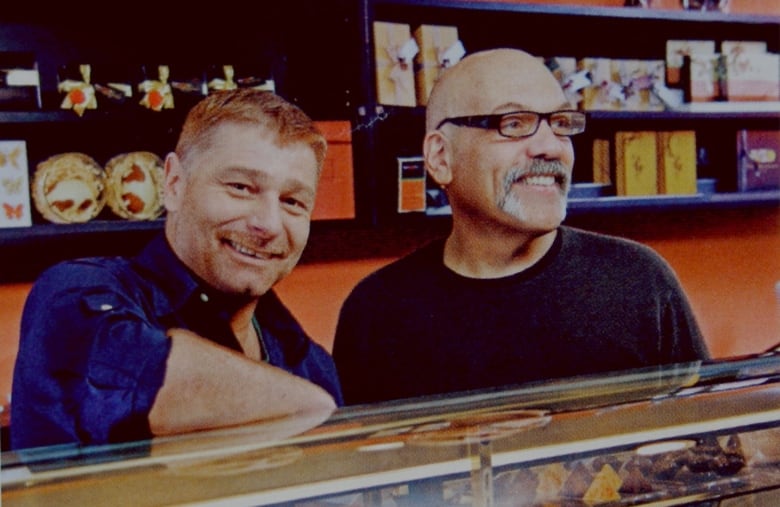 John Down (left) and Joe Guiliano in their chocolate shop in New York City. (John Down)

Since then, he and his partner, Joe Guiliano, have been rebuilding their lives, business and health both in New York, and, recently, on B.C.'s Sunshine Coast.

"The whole thing was catastrophic, what can you say?" Down told On The Coast host Gloria Macarenko about that history-altering day.

Down was originally from Vancouver but spent about 25 years in New York.

In the aftermath of the attacks, he and Guiliano participated in a redevelopment effort in Lower Manhattan but like many people, they began suffering respiratory problems.

He said that meant many trips to hospital. Guiliano was even told that he had only months to live.

"It was kinda touch and go but we were some of the fortunate ones," Down said.

That was seven years ago and both of them are feeling much better.

Down described living in New York after the attacks as an inescapable reminder of that terrible day. "You're constantly revisited by it."

He and Guiliano decided to move to the Sunshine Coast, where Down's sister lives, about four years ago.

"We changed buildings for trees," he said. He says since moving out of New York, they don't need their inhalers anymore.

And to complete their recovery, they're finding their chocolate business, Christopher Norman, is picking up once again."

Listen to the Podcast: